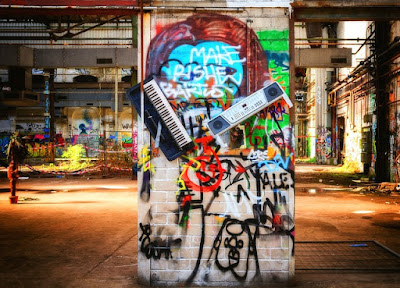 Intersectionality in Sustainability: Mixing the Sciences and the Arts
by Drue Johnson

As a society, we have condemned the word “sustainability” to a minute sphere of existence. It’s hard to imagine how sustainability would do anything but inhibit profits in the business world, wreck the auto industry, or tamp down the creativity of the arts. Even today I heard a man say that in his view, the word itself was overused, over-applied to subjects already well designed and fleshed out by the modern era. How in the world could we as a country have a “sustainable economy”? We seem to think that we should leave the sustainable thinking to the tree-huggers and the environmental studies majors, when in actuality, the concept itself can connect to near every field in existence. I’d like to prove opinions like these wrong by providing the stories of some innovators who have connected sustainability with an unrelated field, and now have something great to show for it.

If you’re looking for an example of a person who makes the interconnectivity of sustainability apparent in their work, see Judy Twedt. Growing up in the PNW, Twedt recalls powerful mountain landscapes, a bounty of trees and the cold, salty grey water of the Puget Sound. She also remembers having an early interest in the people of the region, something which led her to leave her home of Tacoma to pursue a degree in philosophy at Colorado college.

While studying the biggest questions in philosophy for five years - Who are we? What are we doing here? And most importantly, how should we live on this earth? - she never forgot the passion she had growing up for the natural world. By focusing her studies on environmental ethics and human rights theory, she was able to tie together the two most important topics in her life while exploring the connections that they presented to her. She eventually returned to the region she grew up in, and took up atmospheric science studies as a graduate student at the University of Washington Seattle campus.

While beefing up her academic knowledge on the natural world, Twedt cultivated yet another impressive tie between sustainability and another popular topic. In an effort to find newer, more effective ways to get people’s attention on climate change, Twedt thought of an innovative idea: make her message louder by making it into music. In an unprecedented video on YouTube, Twedt used data on carbon emissions to create an original and moving song - entitled The Deafening Rise of Carbon Pollution - to represent the upward shift on the amount of carbon dioxide in our atmosphere. “I wanted to try out a new way communicating climate science,” said Twedt. “in a way that would resonate in unexpected ways, and could communicate a sense or urgency.”

The piece, reminiscent of a techno beat, heavily features a crescendo that creates a sense of build up. This technique is pretty common in music today, but the most interesting aspect of the song comes occurs when the listener realizes the beat never has a drop. The always increasing pitch of the song defies what one would think of as standard in modern music, pushing the piece into the realm of abstract, cultivating a sense of anxiousness as to the direction of the song. When you realize that the beat never drops because the melody is a reflection of ever-rising carbon dioxide levels in the atmosphere, the true gravity of the piece takes hold.

The song became a major success for Twedt - over nine-thousand views strong on Youtube and counting. Judy was so encouraged by the positive reception that he doctoral work now focuses almost entirely on the development of creative climate communications through digital art and sounds. She’ll continue her journey spreading creative climate change messages to the public, trailblazing a new form of scientific communication as she does so. Given that she has travelled such a unique path during her time as an academic, I was eager to hear what sort of advice she had for those who were interested in sustainability, but not yet part of a field that embraced it. She had this to say:

“People who are in interested in protecting a healthy environment, no matter what background or field they come from, have something to bring to the table. We’re living through a fundamental shift in physical environment which we depend on, and it’s on all of us to limit further damage to our atmosphere, land, and oceans. There’s a role for everyone to help drive a positive transformation in the way we consume resources on our finite earth, whether you’re a scientist, musician, engineer, historian or educator. So I suppose my advice would be to work hard on the issues you care about, and don’t be afraid to veer off the worn path.” 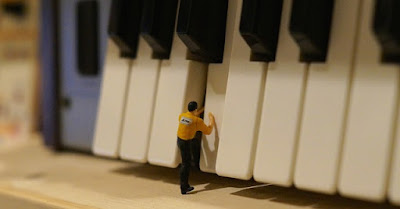