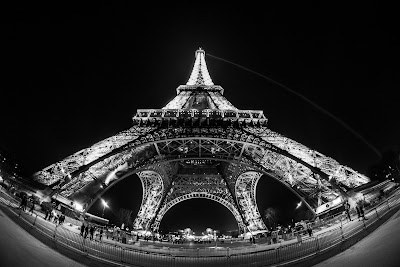 Science is having a rough go of it in the United States but in France, les sciences sont très chic
by Sean Schmidt

In June 2017, French President Emmanuelle Macron responded to US President Donald Trumps departure from the Paris Accord by issuing an invitation to UW climate scientists to come to France to conduct their research. Macron called Trump's decision a "mistake for the US and the planet" and went on to say:

Tonight I wish to tell the US: France believes in you, the world believes in you. I know that you are a great nation, I know your history, our common history. To all scientists, engineers, entrepreneurs, responsible citizens who were disappointed by the decision of the president of the US, I want to say that they will find in France a second homeland. I call on them, come and work here, with us to work together on concrete solutions for our climate, our environment. I can assure you France will not give up the fight.

I reaffirm clearly, that the Paris Agreement remains irreversible and will be implemented. Not just by France but buy all the other nations. Over he coming hours I will have the opportunity to speak with our main partners to define a common strategy and to launch new initiatives. I already know that I can count on them. I call on you to remain confident. We will succeed because we are fully committed. Because wherever we live, whoever we are, we all share the same responsibility: make our planet great again.

Macron proceeded to launch the website Make our Planet Great Again (where a video of his invitation can be found).

Yes, this was a big statement by Macron and yes, it was a bit a thumb to Trump. But what is most important is that it was beacon of light for scientists in the US and around the world. Not only was a leader of a major Western nation standing up for scientists and climate change, that leader was offering an invitation to scientists to literally come to his country where they would be welcomed with open arms and should even consider it their second home.

A politician valuing science and scientists? We're definitely not in Kansas anymore, and in fact, most of the world respects the hell out of their scientists, but to make such a strong statement in support of climate change and the researchers that are trying to understand it is above and beyond for Europe standards.

What the 'tour de force' also showed was how savvy leaders see opportunities. Expanding the numbers of scientists at French universities also promises to bring large amounts of research funding to those institutions. A win for the colleges and for the country.

It is often said the science and engineering are drivers of business innovation and development. You hear such comments in many places around the world and this belief also drives funding for education in STEM (science, technology, engineering and math) subjects. This is certainly the case in the United States. The problem is that in the United States, leaders say such things and fund STEM training, but then work directly against science and scientists in much of their policy making. In France, and much of the world, government, business, and citizens are passionate supporters of science and scientists.

There's no doubt that Macron's chercheurs (the French word for researchers) have a bright future in the City of Lights. As this issue of Confab goes live, scientists, politicians, journalists, artists, and many more from around the world will be attending the 2017 World Science Forum in Jordan. Their work is sure to establish a bright future for science and scientists in many other parts of the world as well.
Email ThisBlogThis!Share to TwitterShare to FacebookShare to Pinterest
Labels: Emmanuel Macron, France
Newer Post Older Post Home