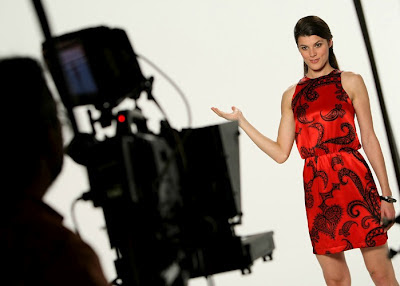 A woman of both brains and beauty, model, activist, tv personality, and entrepreneur, Summer Rayne Oakes, is a true Future-ish "it girl". With degrees in environmental science and entomology from Cornell and lots of time in front of many cameras she speaks eloquently and energetically about her passion for people and the planet. Her audiences range from students and CEOs to producers and politicians making her truly a force of and for nature. Not confined to just social and environmental issues, in public settings Summer refers to herself as a "cause model" and explains that it is a role we all can take up when we find something we're passionate about.

One of her most recent accolades is winning the 2011 Cartier Women’s Initiative Award with co-founder Benita Singh for Source4Style, an online marketplace and community for sustainable textiles and other materials.

Oakes is one of our favorite Design Idols, was called out as one of our Emerging Minds in 2006, was one of the first individuals added to our Citizens of the Next Century List, and - in 2012 - was named as our second Ms. Next Century.