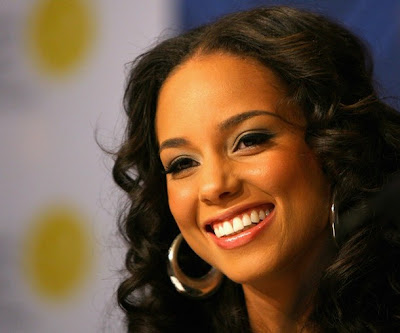 With 11 Grammy Awards and counting, 17 Billboard Music Awards, 5 American Music Awards, and over thirty million albums sold around the world, Alicia Keys has become one of most successful musicians of our time. But this singer-songwriter, pianist, cellist and actress isn't just the queen of beauty and ballads, she's got brains too. She began playing classical piano at age 7 and later graduated valedictorian from the Professional Performing Arts School in Manhattan after only three years at age 16. She was accepted to Columbia University but was swept way after only four weeks when her music career took center stage. She also believes strongly in creating positive change and giving back. Keys is the co-founder and Global Ambassador of Keep a Child Alive, a non-profit organization that provides medicine to families with HIV/AIDS in Africa, has supported several environmental nonprofits, and has performed in charity concerts including Live 8, ReAct Now, Live Earth, and the 2007 Nobel Peace Prize concert.