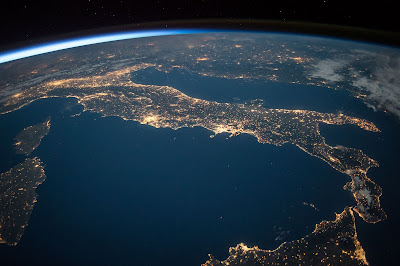 An international science/design team has suggested a new planetary classification system that is quite revealing when applied to Earth.

In Earth as a Hybrid Planet: The Anthropocene in an Evolutionary Astrobiological Context, astrophysicist Adam Frank from the University of Rochester along with Axel Kleidon from the Max-Planck Institute for Biochemistry and Marina Alberti from the University of Washington's Department of Urban Design and Planning, offer a unique perspective on Earth by using an exoplanet studies lens. 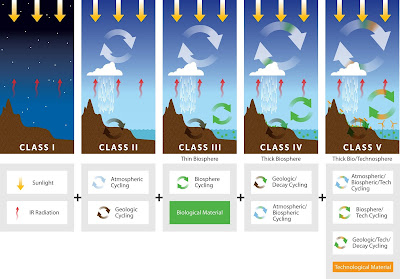 Image credit: Frank et al, 2017.
As the article's lead author puts it, "Earth’s entry into the 'Anthropocene' represents what might be, from an astrobiological perspective, a predictable planetary transition". The authors go on to suggest that Earth may be in a transitional or 'hybrid' stage from one class to another.