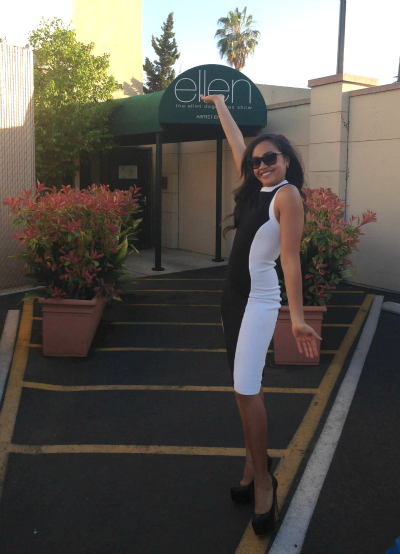 Our futurazzi spotted a photo of one of our favorite Future-ish "it girls", Jessica Mauboy, arriving for her appearance on the Ellen show that aired April 18, 2013. Mauboy made several appearances on Ellen while the show was down unda more in Spring 2013 but she was on the show this time to promote her the movie she both starred in and recorded multiple songs on the movie soundtrack for, The Sapphires (which Ellen happens to be a big of). Jess just keeps getting more and more fabulous!