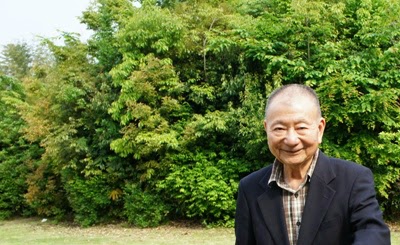 Akira Miyawaki is a Japanese botanist and environmentalist. Miyawaki received his Diploma in biology at Hiroshima University in 1952. He was then a researcher in Germany prior to completing his Doctor of Science in Hiroshima University in 1961. He became a researcher at Yokohama National University in 1961 and then an Associate Professor in 1962. In 1973, he founded the Institute of Environmental Science and Technology at Yokohama National University. In 1993 he became a Professor Emeritus at Yokohama and took on the role of Director fo the Japanese Center for International Studies in Ecology.

Miyawaki's research has focused on plant ecology and he is known globally as an expert in native forest restoration. According to a January 2014 Wired UK article, Miyawaki has planted more than 40 million trees in 15 countries and is now working to demonstrate the value of trees as a buffer to tsunamis and climate change.

In 2006, Miyawaki received the Blue Planet Prize created by the Asahi Glass Foundation in 1992 in association with the Rio Summit.